Stage 4 : Car 1 performs well and finishes 12th in this stage of fesh-fesh and rocks. Car 2 is excluded from awards but has returned to the course. 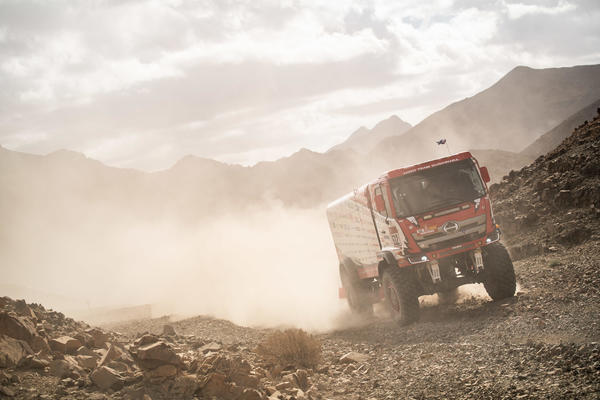 Car 1 is shrouded in a cloud of sand and dust. 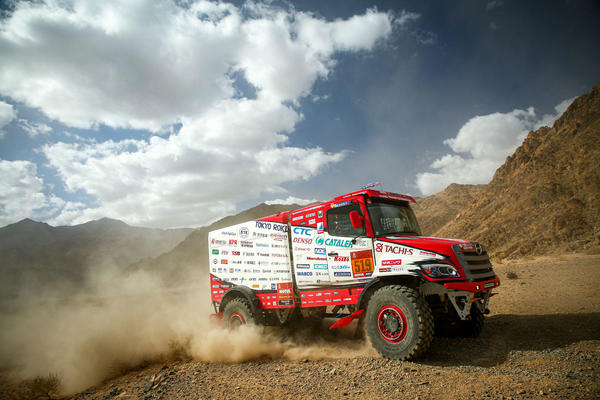 Car 2 is back on course.

Stage 4 of Dakar Rally 2020 was held from Neom to Al Ula. A 453 km SS (timed section) was set for this stage, and HINO TEAM SUGAWARA's Car 1 crewed by Teruhito Sugawara/Hirokazu Somemiya/Yuji Mochizuki finished 12th in the trucks category and maintained their 13th place in accumulated rankings.
Car 2 piloted by the Ikuo Hanawa/Yudai Hanawa/Mayumi Kezuka crew―which, due to a problem during the SS on Jan 6 (stage 2), returned to the bivouac with assistance from their mechanics―was repaired by Jan 7. And although the truck was not allowed to continue the competition, it returned to the course under the organizer's "Dakar Experience" program for racers who have been excluded from position rankings or awards.

This day's stage took racers on a 123 km liaison from Neom on the Red Sea coast, first traveling southward and then inland where they started on a 453 km SS. Weaving through intermountain areas of 2,000 m class mountains, this course took contestants to altitudes of between 1,200 and 1,500 meters. The first half mainly consisted of sandy ground, but things changed after the halfway area where teams tackled risky road surfaces with fesh-fesh (surface made of sedimentation of fine powder-like sand) under which countless rocks lay hidden. Not only did these conditions make for an uncomfortable ride, the latter part of the stage kept racers from driving any faster than 10-20 km/h as they struggled to avoid the huge rocks in the area, making this day a test of perseverance for crews. Thanks to the performance of its carefully tuned shock absorbers, Car 1 put in a great performance in the SS which transitioned from high-speed piste (unpaved road) in the early sections to wadi (dried river beds) and twisty roads. While the truck suffered a puncture on its rear-left tire in the last part of the stage from a cut caused by a rock, it finished the rest of the SS without a hitch. Just before this incident, Car 1 had stopped on course to aid a bike racer who had crashed, but this had no effect on Car 1's racing time as the organizer offset the duration of time that the crew was involved in helping out the biker.

Teruhito Sugawara (Driver, Car 1)
The road book showed smooth road surfaces all the way where we could pick up speed, but the roads were actually quite terrible to the point that they could have caused serious vehicle damage. The SS was divided into three parts. The first part was very dusty, the next was high-speed, and the third part had a lot of rocky ground where we couldn't pick up speed. The road got worse the further we went. There was a stretch of several tens of km where the ground was just covered with rocks and we saw many vehicles who had flatted their tires. Since we've had to change our tires a few times already during the race, we are seeing the benefits of having a three-person crew. I'm looking forward to the dunes tomorrow.

Hirokazu Somemiya (Navigator, Car 1)
This was the toughest course in the last four days for both the truck and crew. We had no navigation problems. We punctured a tire once and I'm glad that we were able to act quickly.

Yuji Mochizuki (Navigator, Car 1)
This was the toughest SS so far but, other than the tire puncture, everything went well. Riding comfort is better now that we've tuned the shock absorbers, and I think it would have been tough driving over the rocky areas today without them tuned. Things are getting tougher by the day, but I'm in good physical condition.

Ikuo Hanawa (Driver, Car 2)
Thanks to our mechanics' repairs, the truck is doing great. While we were up against a difficult section today after our brief hiatus, we were able to drive quite well without any errors or problems. The best way to develop a rally vehicle is to actually race it rather than perform tests on it over and over again. Even today, we were able to identify areas in AT control and front stabilizer specs that we could improve. I am going to test out a variety of modes of driving for future reference.

Yudai Hanawa (Navigator, Car 2)
The course was just brutal today and the physical strain on my body was intense. I will rest well tonight for tomorrow.

Mayumi Kezuka (Navigator, Car 2)
I was disappointed to hear that we were excluded from awards or rankings, but I'm glad that Mr. Hanawa was able to drive comfortably today. There were a lot of rocks, and the sideway jolts made it hard form me to support myself, but I was glad that I was able to follow through with navigation even under those conditions. I will keep on doing my best until we reach the finish line. 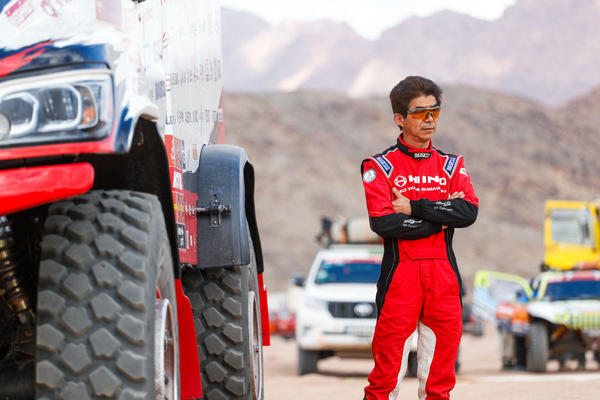 Car 2 and driver Ikuo Hanawa before the start 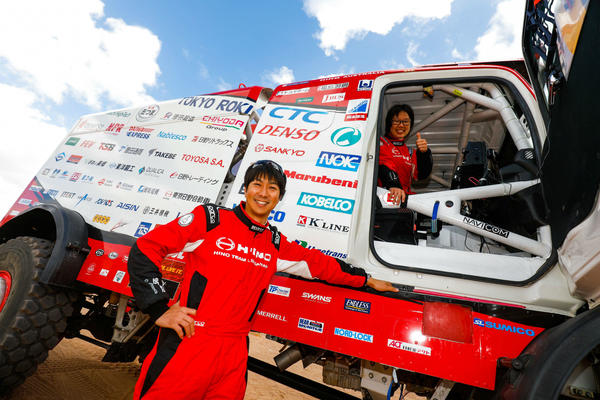 Navigators Yudai Hanawa (left) and Mayumi Kezuka (right) are happy to be back. 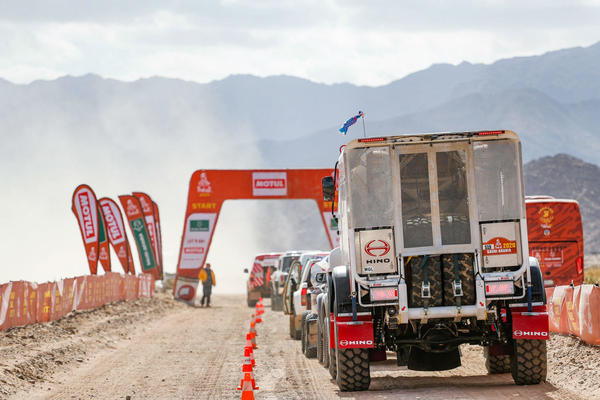 Car 2 lines up at the starting line. 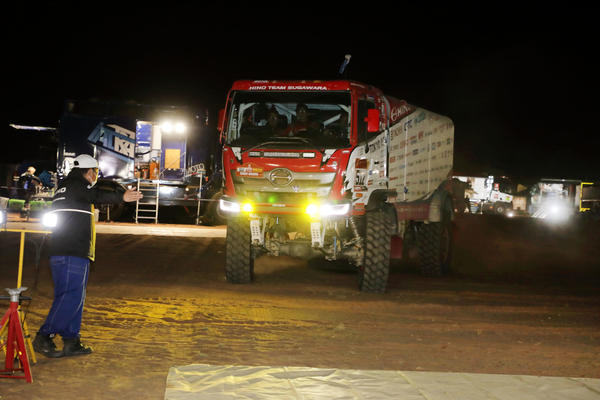 A mechanic guides Car 1 upon its return. 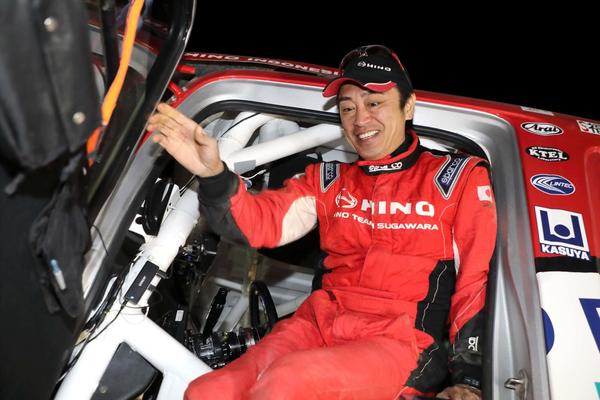 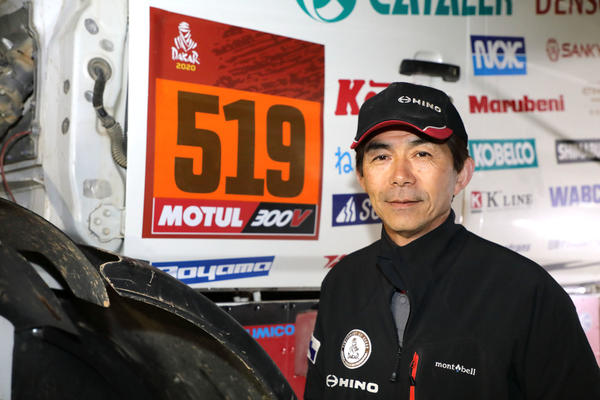 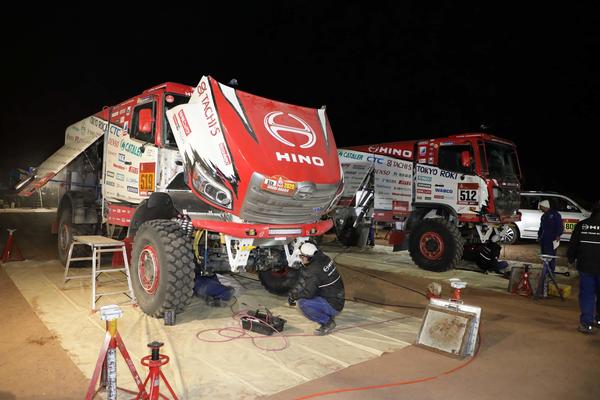 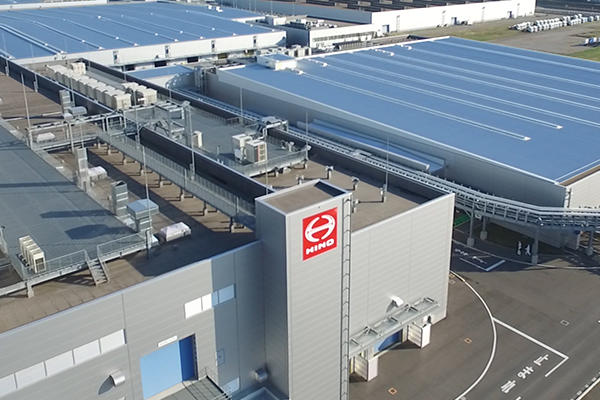