Mr. Yoshimasa Sugawara, who has directed the team for roughly 30 years, has retired from the Dakar Rally at the end of the previous event. Mr. Teruhito Sugawara, who succeeds him as the team's new director, will drive an upgraded and matured Car 1 (based on the Hino 500 series), and Mr. Ikuo Hanawa, who was called in to succeed Mr. Yoshimasa as driver, will drive the team's new Car 2 (based on the Hino 600 series, developed specifically for the North American market) that features a bonnet-type cab and automatic transmission.
Both vehicles will be converted from two-seaters--the layout used up until the previous season--to three-seaters to allow an experienced mechanic to ride along with the driver and navigator. This will help boost the crews' ability to respond to problems and race more aggressively.

The team has matured both of their trucks after their real-world testing in Silk Way Rally 2019 this July. In taking on this Dakar Rally 2020 in Saudi Arabia, which will be in uncharted territory, the team will also be reinforcing their roster of mechanics and support members. 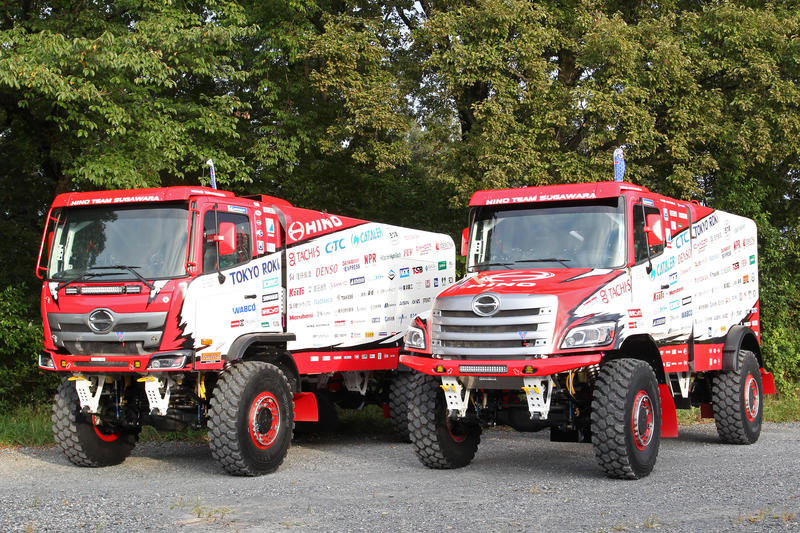